Over the last few years we have interviewed a wide range of successful people including senior executives, independent portfolio Non-Executive Directors (NED) and Trustees. These interviews give you the chance to learn from the journeys of those who have  been successful at finding NED / Trustee roles.

Please note some of these interviews were conducted by The Non-Exec Hub which is now known as Smarter Networking Ltd. 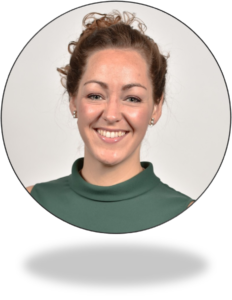 Non-Executive Director of Home Instead and Mutual Vision, Entrepreneur and Co-founder of Dynamic Boards

Sarah began her career meeting and evaluating over 250 mid-market businesses to assess whether RBS, and latterly Praesidian Capital, should invest. Since 2015, she has worked in tech start-ups, both as a consultant, adviser, and founder. Alongside this, she has worked as a Non-Executive Director on the board of a specialist bank, a home care franchise business, and a banking software provider.

With her co-founder Scarlett, Sarah launched DynamicBoards.co.uk to shake up the NED vacancy advertising market and make it easy (and free!) for people to find and apply for NED roles. Their vision is that in the years to come we’ll see more multi-generational boards, and more tech and marketing skills on boards. 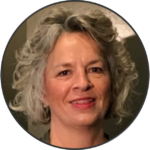 Food Industry Expert, Board member, Facilitator and Ambassador, Jane has been described by Deborah Meaden as ‘… an advisor and an investor in some of my food businesses…ahead of the game.’

Jane is one of the UK’s leading Food Industry Experts. She works with producers, innovators and retailers helping them develop ideas and bring them to market cost-effectively, expediently and successfully.

She is actively involved on a number of Boards of food businesses, and has 30 years expertise in the food industry and a proven track record for helping food businesses achieve great results. 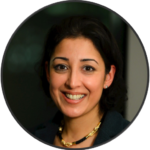 Non-Executive Director, Chair of the Advisory Board of the British Independent Film Awards, and Member of the All-Party Parliamentary Group on Artificial Intelligence (APPG AI)

With an executive background in technology, media and telecoms, and specialising in consumer propositions and partnerships, Monica has successfully transitioned into a plural portfolio Non-Executive position early in her working life.  Focussing on NED board advisory, coaching and consulting, she believes the biggest lesson starts with shared values, and the integrity with which a board conducts itself. 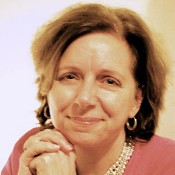 Director of Corporate Services / HR at the University of East London and a Non-Executive Director with Defence People & Training Board UK Ministry of Defence.

Wendy talks about becoming a Non-Executive Director with Defence People & Training Board UK Ministry of Defence and the benefits HR professionals can bring to the boards.

As Wendy’s interview is comprehensive, we have divided it up into 7 shorter interviews so you can go directly to the subjects you are most interested in.  Each question is the hyperlink to the corresponding video:

Can you tell us a little more about your background and the experience you bring to your new role?

Could you describe the recruitment process you went through before being appointed as an NED to the MOD?

What was your first board meeting like as an NED for the MOD?

What benefits do you think board diversity brings?

How important are personal brand, networking and previous experience when it comes to finding an NED role?

Can you offer a final tip for anyone seeking to become an NED? 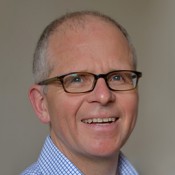 Robert is a full-time employee in BT’s Flexible Resource Unit working with BT Global Services in the Corporate and Public Sectors of the business. He has been a member of BT Scotland’s Management Board since 2009 and, as an enthusiastic BT volunteer, he is Vice Chair of the Scottish Mediation Network, a charity promoting alternative dispute resolution.   He’s also co-founder and a trustee of SWAN (Scottish Workplace Area Networking) – a business network for lesbian, gay, bisexual and transgender people.

Robert Cole talks about being a Vice Chair and Trustee:

Robert discusses how outside interests and experiences can really complement your day job and lead to new opportunities. 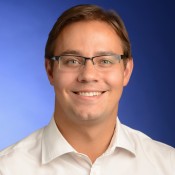 David Hodgkinson is the Head of Digital & Mobile, Customer & Growth Practice with KPMG.

In these interviews, David talks about becoming a Non-Executive Director of Rivers Coaching, which provides coaching for teachers and education professionals; he discusses how this benefits both them and his career.

As David’s interview is comprehensive, we have divided it up into 5 shorter interviews so you can go directly to the subjects you are most interested in.  Each question is the hyperlink to the corresponding video:

Why did you get involved with KPMG’s CSR Leadership Together programme?

What motivated you to become an NED when you are so busy at KPMG and have a young family?

Your journey with Rivers Coaching started as a mentor and then later as an NED.  What does River Coaching do and what skills do you bring?

What tips would you give anyone looking to develop their skills outside their organisation?

Having become an NED with Rivers Coaching, how has this helped you in your career with KPMG? 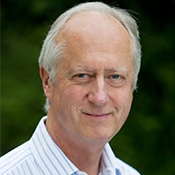 Peter Miller-Smith is the Chair of the Board of Soha Housing, an Executive Coach, a Mentor and a Career Preparation Consultant.

As Peter’s interview is comprehensive, we have divided it up into 7 shorter interviews so you can go directly to the subjects you are most interested in.  Each question is the hyperlink to the corresponding video:

Can you tell us about first becoming a Non Executive Director?

What is the difference between being a Board member and chairing the Board?

How do you manage your time running a portfolio career with your commitment to the Board?

What is your advice to those seeking an NED / trustee role, and the skills they need to develop?

What challenges do you face?

What tips can you offer to those seeking their first NED / Trustee role? 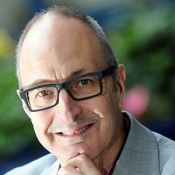 Simon discusses how he became a portfolio Non Executive Director and Trustee and how being middle class and gay has helped him offer more as a strategic board contributor.

As Simon’s interview is comprehensive, we have divided it up into 5 shorter interviews so you can go directly to the subjects you are most interested in.  Each question is the hyperlink to the corresponding video:

How did you become a portfolio Non Executive Director?

What is your view on networking and how has your personal brand played a part in your success?

Thinking about 2020, what are the big issues facing companies, and is governance in crisis?

How to gain governance experience

How has being middle class and gay helped in your career?

Simon co-founded Stonewall, which transformed the face of gay rights. Simon was an original member of the generation that transformed stand-up in the UK (and he won the Perrier Award).  Simon led the team, which transformed Brighton from a declining seaside town to one of the UK’s creative brainpower capitals, as Chair of the successful city bid in 2000 and of the Brighton & Hove Economic Partnership, the city’s strategy body.  And now Simon is working to transform the organisational performance of organisations in the public, private and third sectors (including FTSE companies, SMEs, Universities, Housing Associations and The Scouts!).

He is a formidable public speaker, a much in demand Chair of conferences and events, and a well-known broadcaster. For six years (2007 – 2013) he was The Chair of the Council of the University of Sussex. He is on the Board of the Brighton Dome and Festival, Housing 21 and English Touring Theatre. He recently co-authored a report for The Institute for Public Policy Research (IPPR), with Dhanajayan Sriskandarajah, called “You Can’t Put Me In A Box”, which outlines the approach. The analysis is refreshing. Simon’s career has spanned live performance, broadcasting, journalism, training and advocacy on leadership and equality & diversity and as a non-exec. He has had several of his own series on Radio 4, Radio 5 and Talk Radio. He makes documentaries for the BBC on both Radio and TV. He is a regular on BBCBreakfast (BBC1). He has written extensively on the arts, politics, housing and equality & diversity for all the national newspapers. He has had columns in the Guardian, Sunday Times, and Time Out. He chairs and speaks at conferences and training programmes for a range of organisations both commercial and in public service. He has advised government on equalities, economic regeneration and the arts.